The object station contains a plastic scintillator for time-of-flight measurements. This detector is usually left in the beam during experiments and can withstand rates up to 1 MHz. A large surface (5 cm × 5 cm) PIN 0.3 mm silicon detector is also installed in the this box and serves to measure the energy loss of the beam particles. This detector is intended to check the composition of the incoming radioactive beam and is not meant to stay in the beam during data accumulation. The rate is limited to 1 kHz. A picture of the object-station box is shown below. 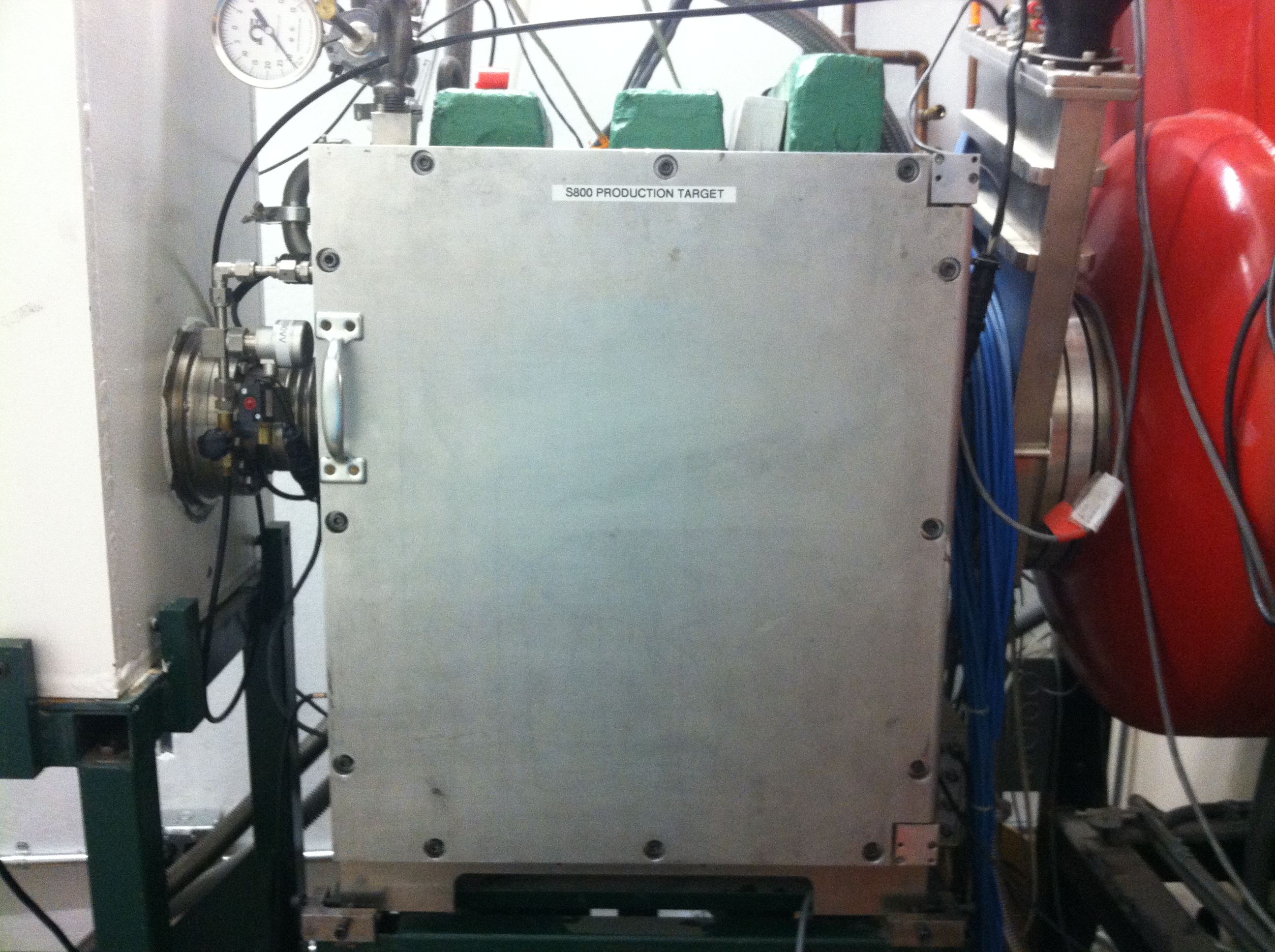 The intermediate plane station is equipped with two Tracking Parallel Plate Avalanche Counters TPPACs. The vacuum chamber containing these detectors is shown in the picture below. 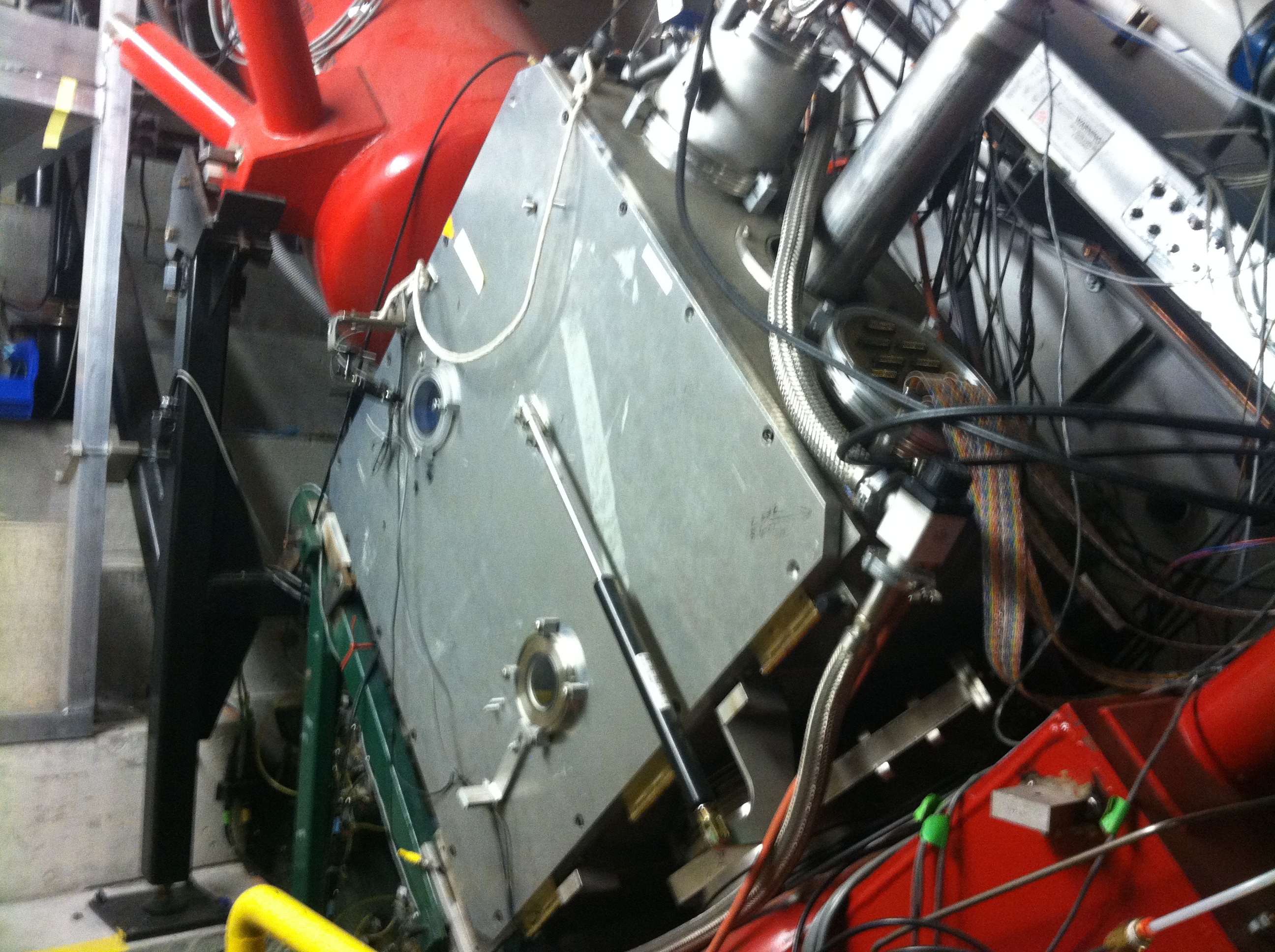 The target station is located in the pivot point of the S800, right in front of the quadrupole and first dipole of the spectrograph (see picture below). The standard configuration of the S800 used to employ a scattering chamber that contains a ladder for holding the targets. This ladder is mounted on a drive that allowed for continuous rotation as well as vertical translation for the fine adjustment of the target position and thickness. This scattering chamber also contains two fixed-position drives movable by 1“ increments located in front of the target, as well as a table that can be inserted from the chamber top covering the whole area of the chamber. The inside dimensions of this chamber are 1 m along the beam axis by 1 m transversally. It can be configured for a fixed set of spectrograph angles using a set of welded front flanges for 0°, 5°, 8°, 10°, and 18°.

A much larger scattering chamber is available to accommodate for bigger detector systems such as HiRA. This chamber retains a target mechanism similar to the one described above (vertical translation + rotation), but with the additional possibility of shifting the target position along the beam axis. This feature is necessary for experiments that require more space “downstream” of the target to detect particles at forward angles. Note, that moving the target “upstream” of the nominal position reduces the solid angle of the spectrograph and requires a retune of the last two quadrupole triplets of the analysis line.

As mentioned before, the scattering chamber is equipped with drives that can accommodate any kind of tracking detector (with a small adaption). Standard PPAC detectors (limited to 1 kHz count rate) can be installed at those locations. However, one should keep in mind that reaction products stemming from interaction of the beam with the detectors pose a possible contamination of the beam and require “background runs” to be subtracted out when running an experiment with a thin target. Therefore, these detectors should only be inserted to check the tracking deduced from the intermediate image and it should be avoided to leave these detectors in the beam during data accumulation.

Some detection systems do not require a scattering chamber. In this case, the chamber will be removed and the target is slid into a pipe surrounded by the detector array. Some devices like SeGA, CAESAR, GRETINA, TRIPLEX, and LENDA have standard frames and setups to be used with the S800. Other detector arrays would require the design and fabrication of new hardware. In this configuration a target change presently requires venting the target section and dismounting part of the hardware to access the inside of the beam pipe. This operation typically takes about 30-45 minutes. 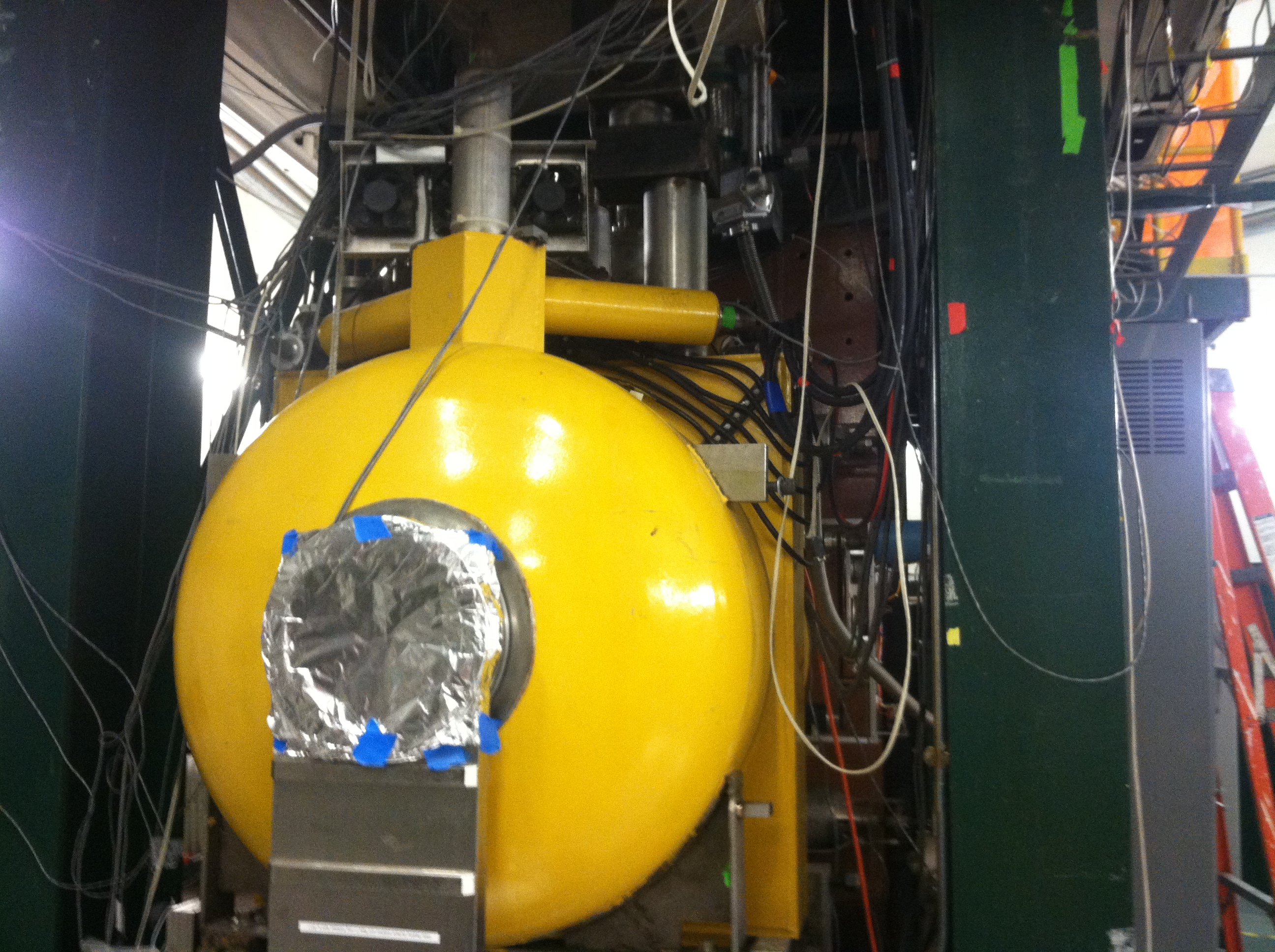 The S800 focal plane station chamber (see picture below) is equipped with various detectors including two position sensitive Cathode Readout Drift Chambers (CRDCs) for tracking the trajectories of the particles, a ionization chamber for the measurement of energy loss, a timing scintillator E1, and an Hodoscope for total kinetic energy measurements. 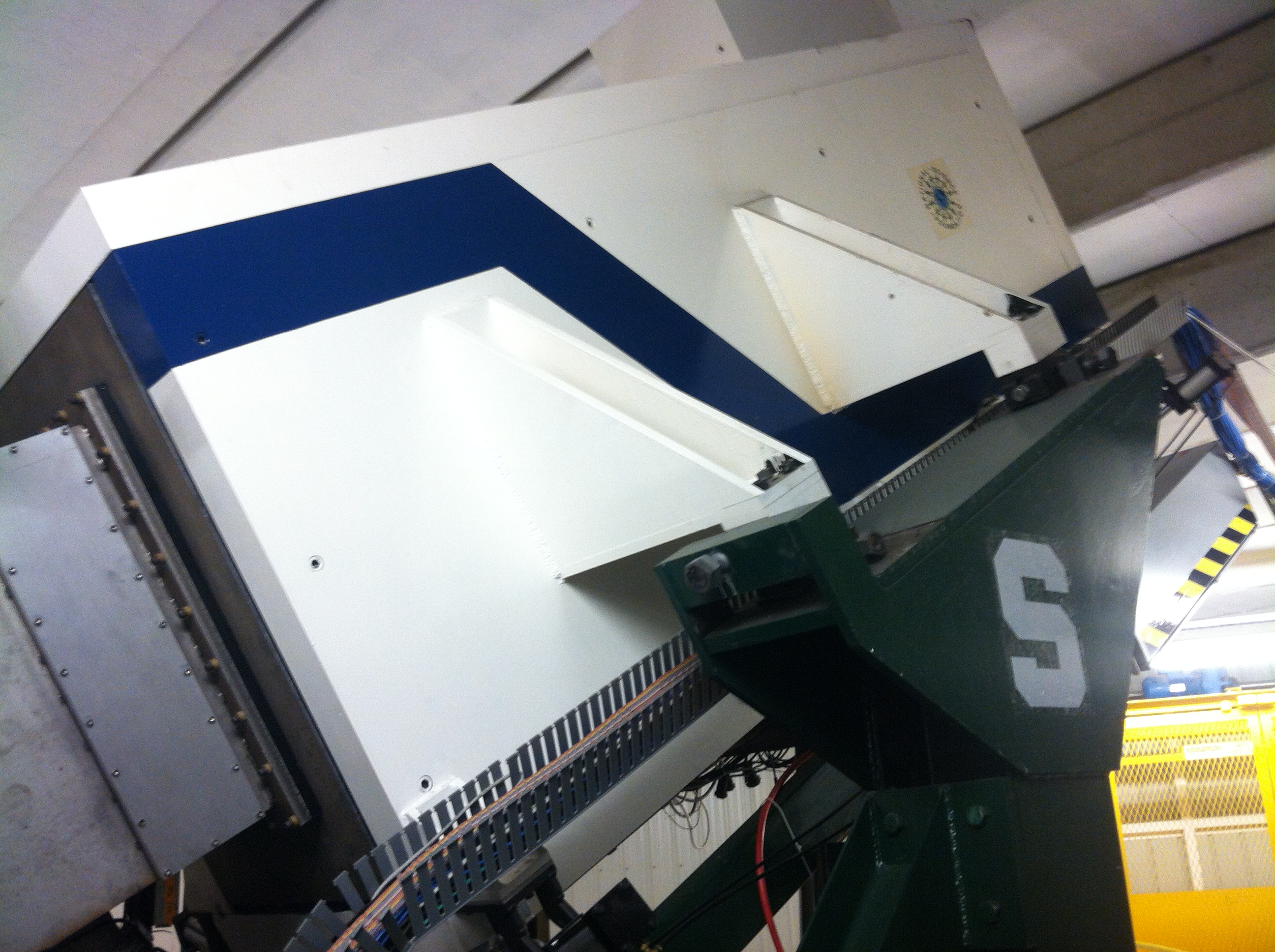