This section describes support tasks that are typically requested during the course of an experiment. Some of them, like Mask calibration, need to be coordinated with the experimenters.

CRDC mask calibrations are used to relate channel numbers and true physical distances in mm for the position-sensitive cathode readout drift chambers. A mask with a distinct and well-determined pattern of slits and holes can be inserted remotely in front each CRDC. The particles passing through the holes leave the pattern of the mask in the position spectrum of the detectors. First-order polynomials are used for the calibration. In x direction, where the position is determined from the charge induced in the pads, the slope of the first-order polynomial is fixed by the geometry of the detector to 2.54 mm/pad. The offset has to be set to center the “beam hole” at 0 mm. Since the drift time depends on the drift voltage, the gas composition and pressure, the y slope will change from experiment to experiment.

How to take data for the mask calibration: 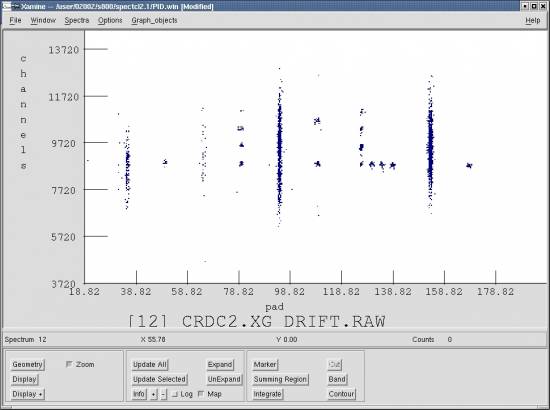 In a typical reaction setting, the dependences of ToF on the dispersive angle and position make it hard to resolve the particle-identification spectrum. As an example, the figure below shows the PID SpecTcl spectrum PID:TAC.OBJ_IC.SUM using the OBJ-FP ToF from the ORTEC TAC: 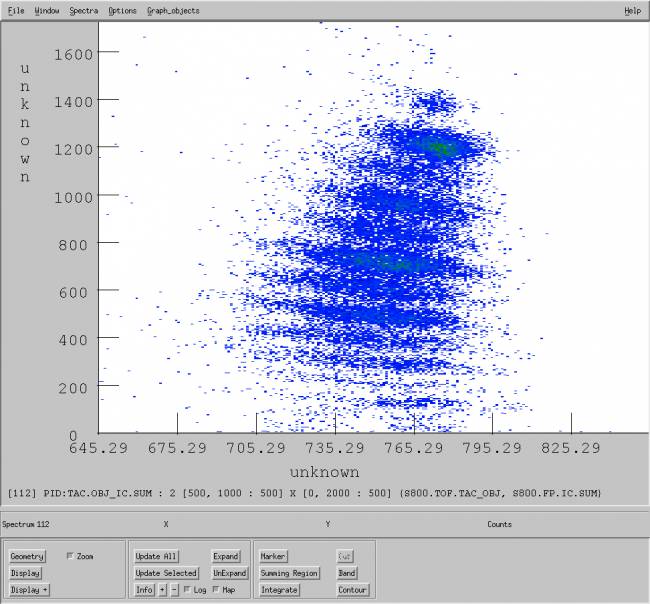 The following process describes how to improve the resolution of the PID. This correction is supposed to be done “offline”, i.e. using a data file recorded in the stagearea:

The process described below describes to improve the resolution of the PID based on the OBJ-FP ToF from the ORTEC TAC. The correction process for the PID spectra based on other ToFs is similar 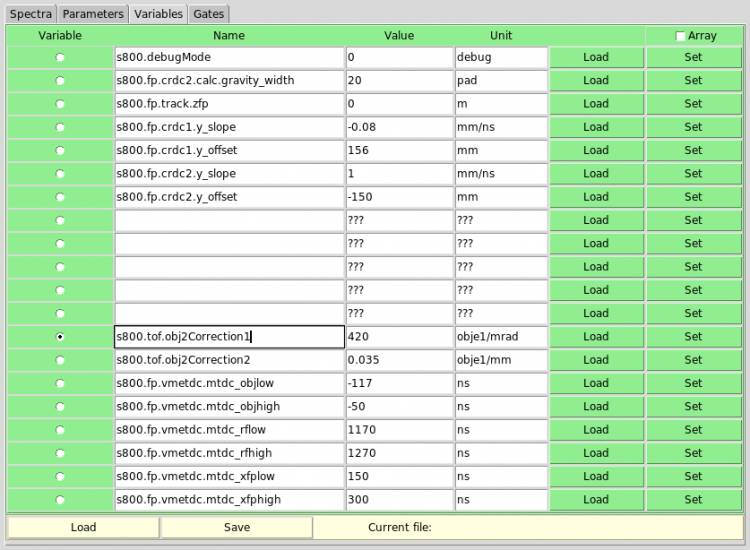 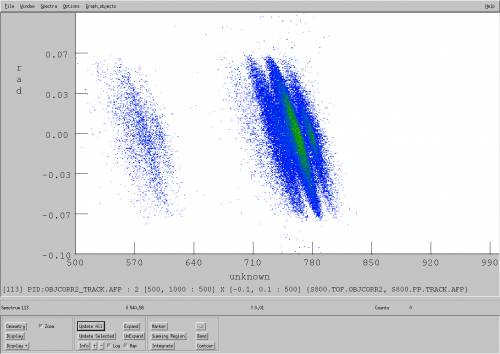 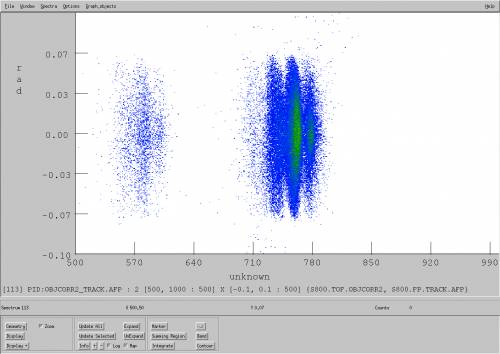 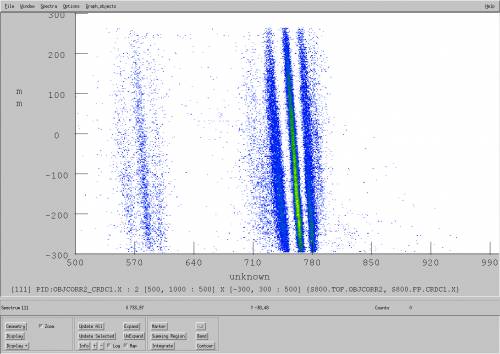 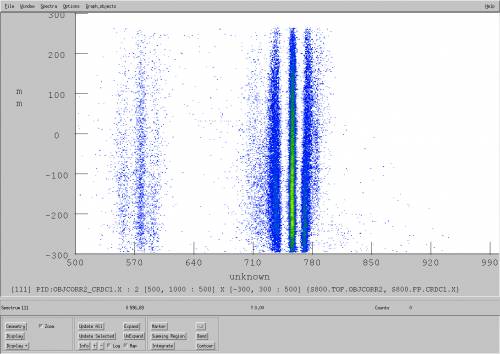 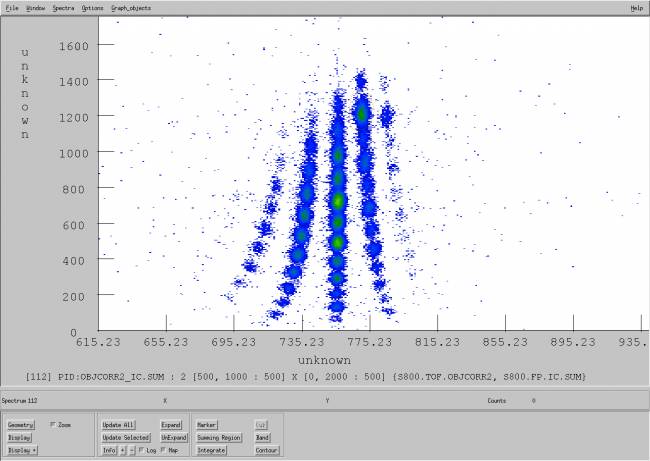 At relatively high rates (~0.5 MHz), the OBJ scintillator will be gradually damaged. Experimenters should check the efficiency of this detector continuously during the course of the experiment. Whenever the rates drop below ~90%, they may request the Device/Beam Physicist to shim the detector.

Before shimming, make sure that the thresholds are set properly (not too high) (refer to section “Object Scintillator Setup during XDT”

Shimming of the OBJ scintillator (or replacement) is required when the efficiency (measured by the experimenters) drops to about 85%. Please, refer to the operations guideline describing the procedure.