The TPPACs, the Ion Chamber, and the CRDCs have ISEG power supplies run through a single VME-based bias control. The computer interface for this bias control – the S800 Detector HV Control – is typically run on the devop1 computer in data-U6 and is started by clicking on S800 HV under the Operations option on the taskbar. The Object scintillator and the FP Scintillator are each controlled separately as described below under the sections for each detector. 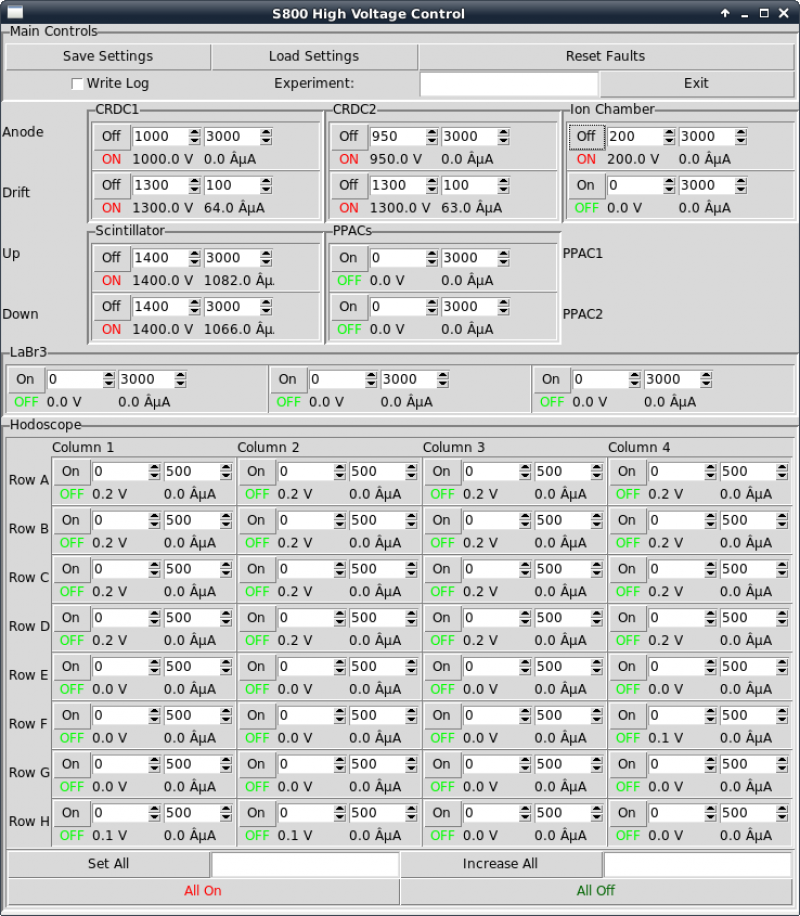 The bias for the object scintillator is controlled via the H.V. power supply Canberra model 3002 D located in the crate to the right of the data-U6. The voltage will be adjusted at the beginning of the experiment. This scintillator has to be turned off or put on “standby” when entering the vault due to its sensitivity to light.