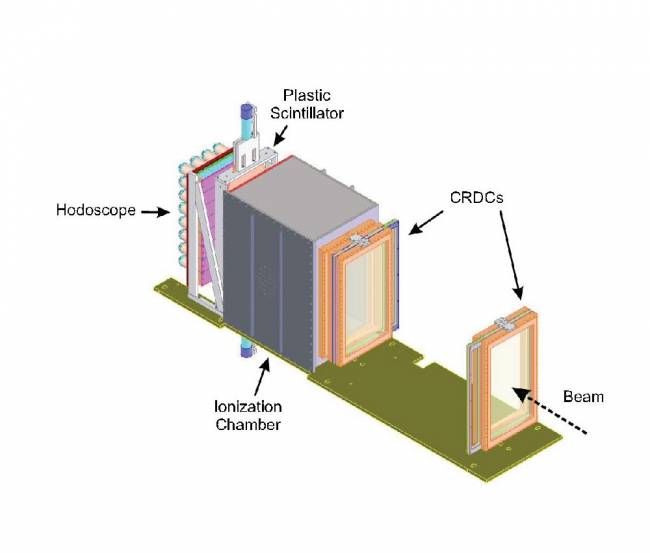 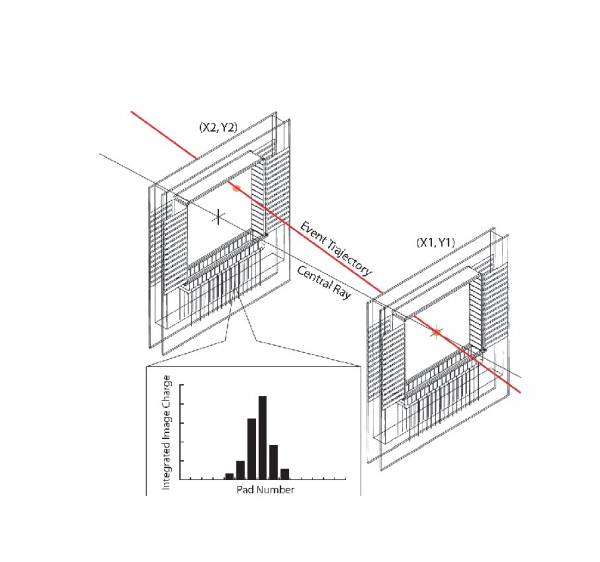 Each detector consists of two 12-µm PPTA windows mounted on frames, two printed circuit boards (PCB) and an anode frame. Each PCB is made of un-masked G-10, and includes a field shaping foil (70 µg/cm2 polypropylene with 0.1 µm of evaporated gold) to ensure a uniform field in the active region of the detector. Two G-10 spacers are laminated to the board on each side. The shaping foils are made of 1.9-mm pitch evaporated aluminum strips perpendicularly oriented to the electric field. The anode frame includes a glued cathode grounding plane, an anode wire running across the field, and a Frisch grid. Cathode pads are located in front of and behind the anode wire. The pads have a pitch of 2.54 mm. The anode frame is sandwiched between the two printed circuit boards with two spacers in between, as shown in the figure below. 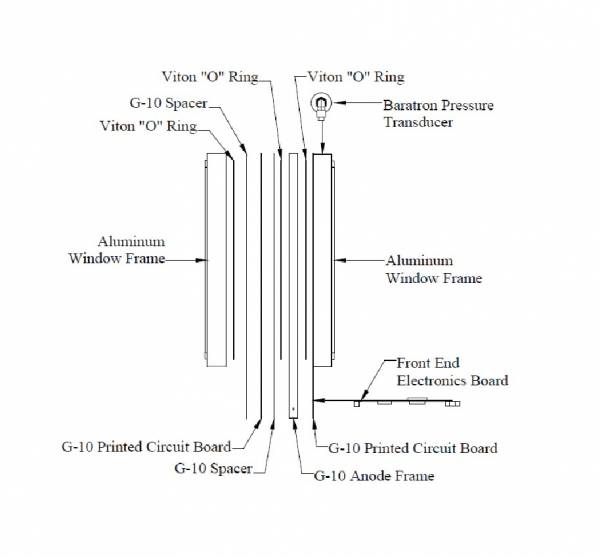 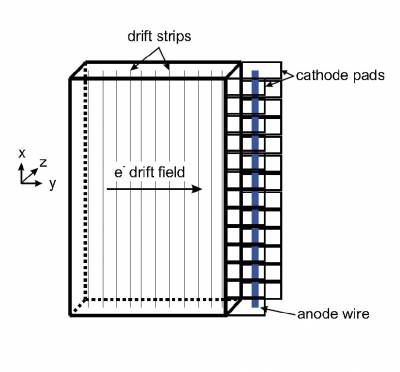 An ionization chamber downstream of both CRDCs is used to identify the Z number of the transmitted nuclei from their energy loss. The detector has an active area of approximately 30 cm x 60 cm and a depth of approximately 406 mm (16 inches). It is filled with P10 gas (90% argon, 10% methane) at a typical pressure of 300 torr, although this value can be increased up to 600 torr for light nuclei. The detector consists of 16 stacked-parallel plate ion chambers with narrow anode-cathode gaps, placed along the detector’s central axis, perpendicular to the beam direction (see figure). The plates of each of these stacked chambers are constructed from 70 µg/cm2 polypropylene with 0.15 µm of aluminum evaporated on each side. The entrance and exit windows of the chamber are made of 12 mg/cm2 Mylar with an overlay of Kevlar filaments and epoxy. 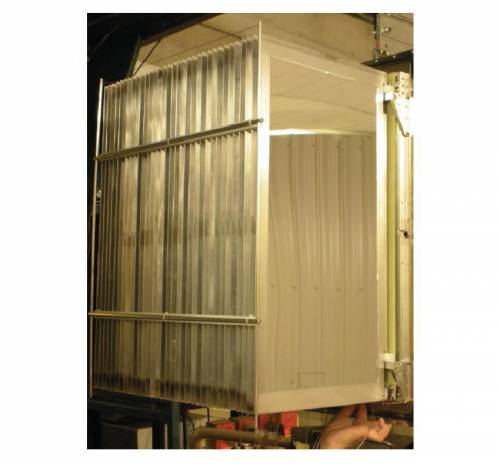 The electrons and positive ions liberated by the ionization of the gas along the particle trajectory drift towards the closest anode-cathode pair. The drifting electrons and ions absorb the energy stored in the detector capacity and produce a voltage change of the anodes across the resistor. The main advantages of the anode-cathode configuration is that the electrons and ions are collected on a very short distance (about 1.5 cm), thus reducing pile-up and position dependence of the signals. Moreover, dividing the detector into 16 sections reduces the detector capacitance and consequently its noise. Each anode is attached to a small preamplifier inside the ion chamber. This significantly reduces the electronic noise, although it involves the venting of the whole chamber whenever a malfunctioning preamplifier needs to be replaced. The electronic signals from the preamplifier are sent into a CAEN N568B 16-channel shaper/amplifier with remotely adjustable gains. The output signals feed a Phillips 7164H ADC. The energy-loss resolution of the ionization chamber can be significantly improved after correcting the position and momentum dependences. Elements up to Z=50 can be separated.

A CsI(Na) hodoscope detector located downstream of the E1 scintillator is used to measure the total kinetic energy of implanted nuclei, allowing the identification of different charge states. An additional use recently tested is the measurement of isomer gamma-rays emitted from implanted nuclei. 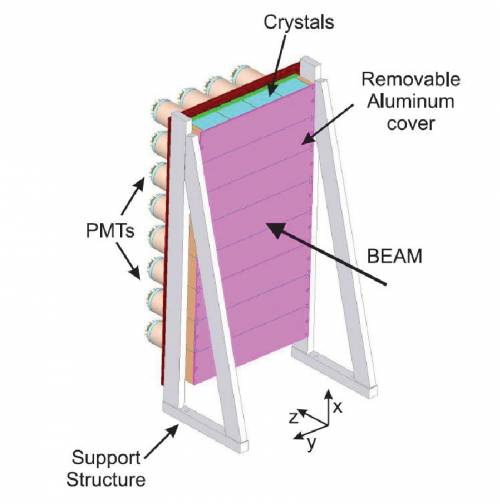 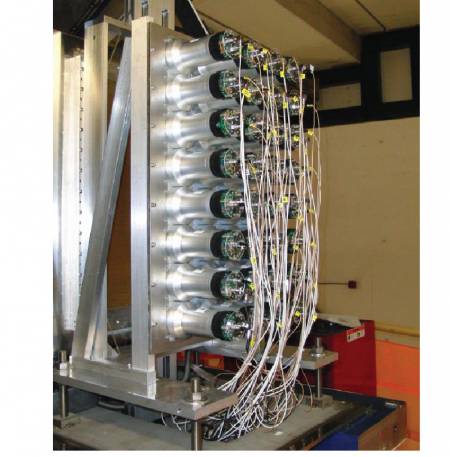